It was 3:30pm on a Tuesday in March this year (2019). I had 30mins until I was to jump online to run a workshop for the women who were members in my Facebook Content membership.

And it hit me.

“It’s time to close down this membership.”

I was already feeling wobbly and fragile from the abnormal papsmear results I received the day before, but I summoned the courage to respond, “Ok, but when?”

The response was instant.

This was HUGE. The membership had been an integral part of my business, and March was its 2 year anniversary. It provided me regular monthly income, which was comfortable and safe. Even though I knew I was transitioning out of Facebook work, I planned to keep it open for a while and keep that income safety net as long as I could.

The infinite had other plans.

I had to tell someone.

I had to get this energy moving through my body.

I jumped into the Facebook group for Third Level Alumni community and did a Facebook live, sobbing my way through as the emotions flowed through me. The fear came to the surface and released as I spoke about it. My mind, body and soul came into alignment as I spoke, and the fear dissipated.

The decision was made.

I got ready for the workshop, and said to myself, “it’s ok, I can do this.” I began at 4pm, and I told the members that were on the workshop live. Nobody was surprised! They wanted to know what was next and how they could continue working with me – knowing that I’d started working with fear. My heart swelled with joy and relief.

Since that Tuesday afternoon, more and more of my Facebook clients have been closing off their packages, and even though some days I gulp, I keep trusting that it will all work out. The infinite and I are one, and we are co-creating. The fear will not stop me. The fear will not block my intuition.

Since that day, a new membership has been birthed. It’s a membership that is totally aligned to my soul’s work. I believe that without the space of the previous membership closing, this one would not have come through so effortlessly. It’s called the Rise Inspire Shine Sisterhood and I’m in love. I’m so humbled to be the conduit for it coming into the world to serve women in meeting and releasing their fears. It’s a freakin’ privilege.

And it doesn’t end there. The opportunities to change things up and take risks that don’t make a whole lot of sense to me are coming in thick and fast. For example, during a conversation with my amazing fiancé, I received a nudge (from him) to switch my in-person Fearless and Free workshops to a pay-it-forward model. It was a huge risk but guess what? All the places were filled and the collective 20 women paying-it-forward  so generously means that I’ll be able to offer it again. Perhaps I shouldn’t be so surprised that it worked out abundantly, but I have my human moments! I AM human, but I am regularly reminded that everything is working out perfectly. I don’t ask for proof, but the proof is often there after I take the leap. I lift my foot to step forward, and pray that a path will appear beneath my feet.

Is that a good enough reason to ignore those nudges?

Does it go according to my plan?

But I’m simply the vessel. Often I cannot explain what I’m doing or why, but when I get the nudge – I listen and act. I take that step. Every single time. And it always works out. As Gabrielle Bernstein says, the universe really does have my back. Oh, and it has yours too.

Chenae undertook the Third Level in 2018, and upon graduating in January 2019 has changed her entire business model to follow her soul’s calling. She is an advocate for spiritual self esteem and takes the business of working with fear very seriously, whilst having loads of fun! The Journey of a Modern Mystic – The Dance Unveiling WHY OUR DEVOTION IS INCOMPLETE WITHOUT THIS… 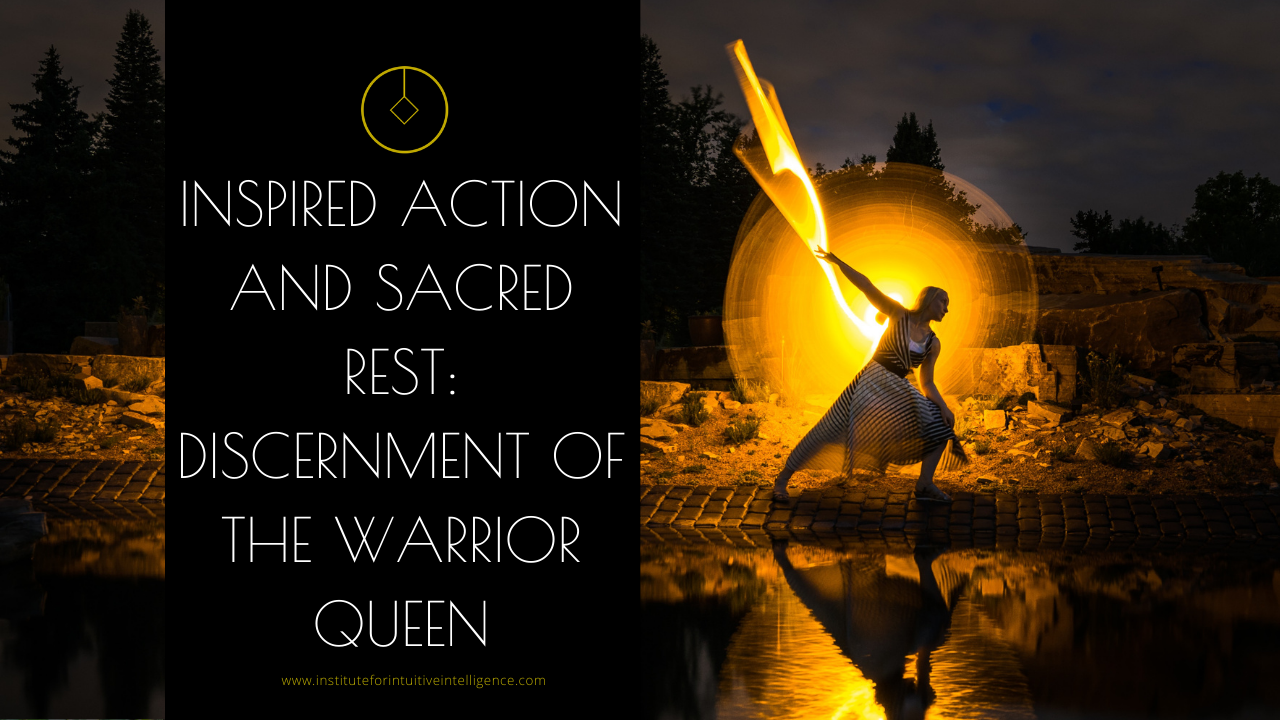 Inspired Action and Sacred Rest: Discernment of the Warrior Queen