The layers of soul work

The layers of soul work

Just after midnight on January 31st, I had a lightbulb moment.

Late last year I began exploring what I would do with the Third Level training I was doing with the Institute for Intuitive Intelligence. I came home from 2 weeks in Tuscany with a big bold statement of how I wanted to help others. How I would serve. It was all about challenging courageous women who have had enough of their own bullshit to get out of their own way so that they can live a life they love.

So I began. I started focusing on fearlessness. I launched a live workshop in Brisbane, and some online webinars about being unafraid to meet and releasing fear and whilst it’s good – I discovered on January 31st that there was something not quite right.

It was too broad.

On that night, something popped into my awareness for me to notice something wasn’t right, that something was missing. It was time to uncover the next layer of my soul work.

I was updating the guidelines my Facebook group and stumbled across what I wrote about my favourite theme day, which is #imawesome. This theme daylights me up like no other. Hands down. It’s all about encouraging the members of the group to celebrate themselves, without shame or fear of anyone giving them a hard time. I didn’t plan to do update the guidelines that night – it just kinda happened. But we all know there are no coincidences!

As soon as I read what I wrote, something LIT UP inside of me. I’d forgotten how passionately I feel about this collective (and crappy) belief. It goes a little something like this…

Don’t shine too bright
Don’t brag, it’s not cool
You don’t want to get a big head
Don’t celebrate yourself, that’s stuck up
Rip shreds off those who achieve
Bully those who do well
Bring them down if they get a big head
You’ve gotta battle it out
You don’t wanna have tickets on yourself
There’s pride in being a battler
The Aussie way is the tough way
You’ve gotta work hard
Get off your high horse
Hard work is the only way

It’s known as ‘tall poppy syndrome’ here in Australia, and I’m fed up with it. I’m sick of people hiding in fear of others tearing them down. Worse, in fear of their own judgements of themselves. I feel so fiercely protective of curating a space for people to celebrate themselves, and I’m on a f*cking mission to eradicate tall poppy syndrome.

As I watched one of Ricci-Jane Adams’ lives earlier that day, she was talking about editing her book Spiritually Fierce to make it more hers, to put her stamp on it. It totally inspired me. It planted a seed. My unconscious went to work. And a few hours later, I found what I didn’t even know I was looking for! This is what I’m going to do with my fear work, put my stamp on it around SHINING BRIGHTLY. I’m unafraid to shine because I KNOW that it inspires others. This is oh-so-clear from my archetypal profile done with Shannon Bush – my dominant archetype is ‘Inspirer Believer’ a natural inspiration, intuitive and trusting, fiery and highly excitable.

Everything is so much easier when we feel comfortable to shine. It’s easier to do the work our souls are calling us to do.

This is the next step in the evolution of my soul work.

I’d like to wrap this up by extending an invitation to you. What is ONE THING that is incredible about you, and ONE THING that is also incredible about someone else you know and love? Take a moment, close your eyes and allow yourself to uncover something incredible. Something powerful. Something amazing about yourself. Then do the same for someone else. If you’d like to take it one step further, I encourage you to reach out and tell them.

Let us build each other up, not tear one another down.

Chenae recently graduated from the Institute for Intuitive Intelligence with a fiery passion for making the world a brighter place. She is inspired all the time and believes that anything is possible. Whilst she lives in a Brisbane now, she and her fiancé have plans to move to a more sustainable life in Indonesia. She loves puzzles, float tanks, surprises, walking her dog in the sunshine, dark chocolate, Mama Bali and she loves to rhyme! I am a Mystic 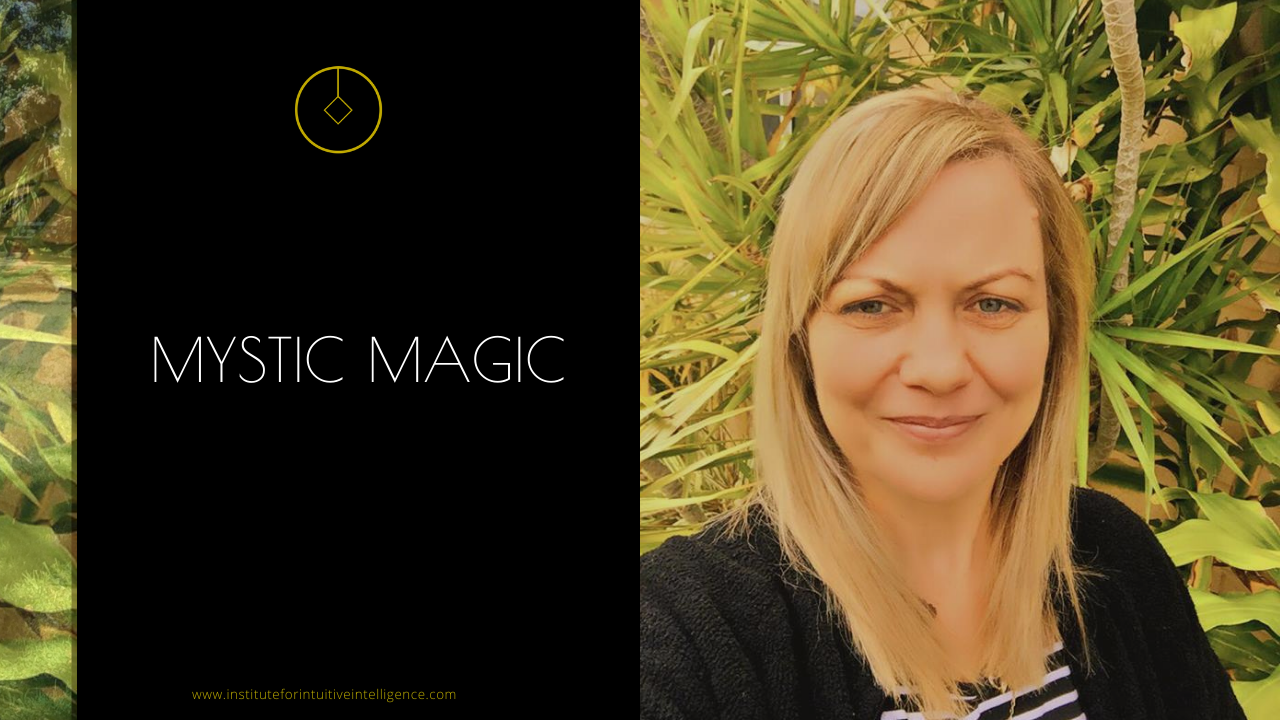